"The netnuts are fond of calling those of us who support the mission in Iraq chickenhawks. What do you call someone who sits on their ass in front of a keyboard, railing against the President, claiming that the United States is falling into a dictatorship, and writing about how awful this war is and yet refuses to practice the kinds of civil disobedience that their fathers and mothers used to actually bring the Viet Nam war to an end?

"I call them what they are; rank cowards. There should be a million people on the mall today. Instead, there might be 50,000. Today’s antiwar left talks big but cowers in the corner. I have often written about how unserious the left is about what they believe. The reason is on the mall today. If they really thought that the United States was on the verge of becoming a dictatorship are you seriously trying to tell me that any patriotic American wouldn’t do everything in their power to prevent it rather than mouth idiotic platitudes and self serving bromides?

"I know what I would do if I actually believed the United States was in danger of slipping into some kind of authoritarian, anti-Constitutional nightmare. And it wouldn’t be sitting at this keyboard trying to come up with cleverest way to skewer my political opponent. And I know I wouldn’t be alone either. The fact is, the left is not blessed with any special insights into what evil George is trying to do to the Constitution. They are a small, pitiful minority of paranoid, self aggrandizing mountebanks who are courageous when it comes to calling people names but abject cowards when it comes to actually standing up for their beliefs and putting iron behind their words of change."

ANTI-WAR PROTEST: WHERE IS EVERYONE?
Posted by Diamond Mair at 9:42 AM 2 comments:

don't just sit there, silently - join in the commentary!!

“Last year, Moscow came under unprecedented pressure to sanction the gay parade, which can be described in no other way than as Satanic,” Luzhkov said at the 15th Christmas educational readings in the Kremlin Palace.

"Political Correctness is a doctrine

fostered by a delusional, illogical liberal minority and rabidly promoted by an unscrupulous liberal press, which holds forth the proposition that it is entirely possible to pick up a turd by the clean end."

(This definition has been attributed to students at Texas A&M University. Just so you will know that Aggies know how to do more than build bonfires.)
Posted by Diamond Mair at 8:13 PM 4 comments:

Here is the substitute for the flu shot. ;-)

Miss Beatrice, the church organist, was in her eighties and had never been married. She was admired for her sweetness and kindness to all.

One afternoon the pastor came to call on her and she showed him into her quaint sitting room. She invited him to have a seat while she prepared tea.

As he sat facing her old Hammond organ, the young minister noticed a cut-glass bowl sitting on top of it. The bowl was filled with water, and in the water floated, of all things, a condom! When she returned with tea and scones, they began to chat.

The pastor tried to stifle his curiosity about the bowl of water and its strange floater, but soon it got the better of him and he could no longer resist.

"Miss Beatrice", he said, "I wonder if you would tell me about this?" pointing to the bowl.

"Oh, yes," she replied, "Isn't it wonderful? I was walking through the park a few months ago and I found this little package on the ground. The directions said to place it on the organ, keep it wet and that it would prevent the spread of disease. Do you know I haven't had the flu all winter."
Posted by Diamond Mair at 10:35 PM 1 comment:

My biggest question about "SN" Hutto - if he's so smart, has a degree from Howard University - WHY did he not join the U.S. Navy as a commissioned officer?

I'm thinking he went in as a ringer - it's a variation of the "Wannabe Syndrome", with it's own set of pernicious behavior ....................... just about anyone who's spent time on active duty, in any branch of the service, has met someone who claimed a SEAL/Force Recon/SpecOps background, who turn out to be pathetic Walter Mittys ....................... seems to me, Mr. Hutto {he doesn't deserve acknowledgment of his rate} went into the Navy with the absolute purpose of denigrating our military - and what better way than to work toward a Mass Communications specialist rating?
Posted by Diamond Mair at 10:37 AM 3 comments:

3. I like going for walks while snow is falling; once that stops, however, and it’s just cold, let me stay in where it’s warm & dry, with plenty of coffee & tea, cigarettes, books, my cats and my Magic Elf Box.

4. I like to do a lot of different craft things – right now, I’m very frustrated that I can’t find a store that carries reed for making baskets {I KNOW I can get it on the ‘Net – it just isn’t the same} – I’m very tactile, in that I like to feel stuff before I decide to incorporate it into whatever I’m doing. BTW, please don’t refer to me as “creative” – the nuns did a good job on me – there is only ONE “Creative force” in existence – most refer to Him/Her as “God” ………………………. Call me “artistic”…………………… ;-) You do know that “When God made man, She was only joking”, right? Hehehehehehehehehehehehehe

OK, now
Gay Cynic, Old CatMan, the folks at Crusader Rabbit, The Bitch Girls, and Suicide of the West -- TAG! You're IT!!
Posted by Diamond Mair at 1:13 PM No comments:

Seems the U.S. Constitution has been 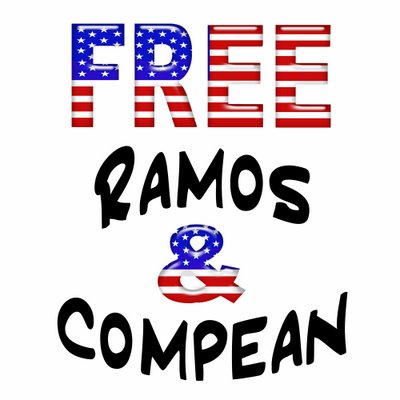 Posted by Diamond Mair at 1:04 PM No comments:

New site I discovered, while noodling via

Taking a {partial page} from

BTW, welcome to our visitor from

what I believe is referred to as The Eternal City, Beijing!
Posted by Diamond Mair at 5:44 PM No comments:

A strong woman is a woman standing
on tiptoe and lifting a barbell
while trying to sing "Boris Godunov."

A strong woman is a woman at work
cleaning out the cesspool of the ages,
and while she shovels, she talks about
how she doesn't mind crying, it opens
the ducts of the eyes, and throwing up
develops the stomach muscles, and
she goes on shoveling with tears in her nose.

A strong woman is a woman determined
to do somehing others are determined
not be done. She is pushing up on the bottom
of a lead coffin lid. She is trying to raise
a manhole cover with her head, she is trying
to butt her way through a steel wall.

Her head hurts. People waiting for the hole
to be made say, hurry, you're so strong.

A strong woman is a woman who craves love
like oxygen or she turns blue choking.

What comforts her is others loving
her equally for the strength and for the weakness
from which it issues, lightning from a cloud.

Only water of connection remains,
flowing through us. Strong is what we make
each other. Until we are all strong together,
a strong woman is a woman strongly afraid.

Marge Piercy
Posted by Diamond Mair at 12:31 PM No comments:

Desiderata - by Max Ehrmann
Go placidly amid the noise and haste, and remember what peace there may be in silence.

As far as possible, without surrender, be on good terms with all persons. Speak your truth quietly and clearly; and listen to others, even to the dull and the ignorant, they too have their story. Avoid loud and aggressive persons, they are vexations to the spirit.

If you compare yourself with others, you may become vain and bitter; for always there will be greater and lesser persons than yourself. Enjoy your achievements as well as your plans. Keep interested in your own career, however humble; it is a real possession in the changing fortunes of time.

Exercise caution in your business affairs, for the world is full of trickery. But let this not blind you to what virtue there is; many persons strive for high ideals, and everywhere life is full of heroism. Be yourself. Especially, do not feign affection. Neither be cynical about love, for in the face of all aridity and disenchantment it is perennial as the grass.

Take kindly to the counsel of the years, gracefully surrendering the things of youth. Nurture strength of spirit to shield you in sudden misfortune. But do not distress yourself with imaginings. Many fears are born of fatigue and loneliness.

Beyond a wholesome discipline, be gentle with yourself. You are a child of the universe, no less than the trees and the stars; you have a right to be here. And whether or not it is clear to you, no doubt the universe is unfolding as it should.

Therefore be at peace with God, whatever you conceive Him to be, and whatever your labors and aspirations, in the noisy confusion of life, keep peace in your soul.

With all its sham, drudgery and broken dreams, it is still a beautiful world.

Be careful. Strive to be happy.

Tell Allan Wall to go back to Iraq and get killed.

No one care about his actions, his life is worthless. Wall should give it up and go back to the Northern European cave he came from.

We don’t care what he thinks. Our movement will destroy all of you soon.


Last evening, eighty-one days after I sent my eMail, I received a response from "Mr." Perez:

Talk about a tirade. I just want you to understand that building your walls is not good for anyone. I understand your plight, for the USA is in decline. There are real problems in the US, and you must work to resolve them, Sorry bye, Joe


Whoever loves discipline loves knowledge, but he who hates reproof is stupid.

http://www.grassrootsfreedom.com/
Posted by Diamond Mair at 2:32 PM No comments:

Those who represent the UN in their interventions are, to certain degree, "volunteers", yes? Then how, in the name of all that is holy, can they DO such things?

I know, we've been hearing for years of raping/sexually assaulting UN personnel, 'bartering' sexual favors for food .................. does the word
conscience have any meaning anymore?
Posted by Diamond Mair at 11:42 AM No comments:

Want to find someone to sleep with who lives close by?
75% of our members already found a partner with this system...

And... it is completely free!